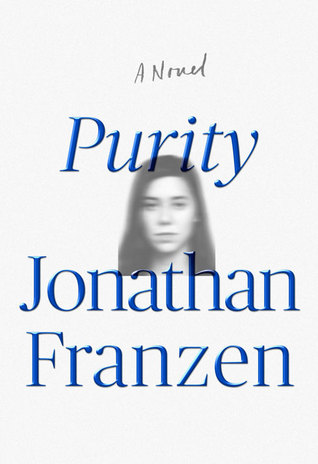 Young Pip Tyler doesn’t know who she is. She knows that her real name is Purity, that she’s saddled with $130,000 in student debt, that she’s squatting with anarchists in Oakland, and that her relationship with her mother–her only family–is hazardous. But she doesn’t have a clue who her father is, why her mother has always concealed her own real name, or how she can ever have a normal life.

Enter the Germans. A glancing encounter with a German peace activist leads Pip to an internship in South America with The Sunlight Project, an organization that traffics in all the secrets of the world–including, Pip hopes, the secret of her origins. TSP is the brainchild of Andreas Wolf, a charismatic provocateur who rose to fame in the chaos following the fall of the Berlin Wall. Now on the lam in Bolivia, Andreas is drawn to Pip for reasons she doesn’t understand, and the intensity of her response to him upends her conventional ideas of right and wrong.

Purity is a dark-hued comedy of youthful idealism, extreme fidelity, and murder. The author of The Corrections and Freedomhas created yet another cast of vividly original characters, Californians and East Germans, good parents and bad parents, journalists and leakers, and he follows their intertwining paths through landscapes as contemporary as the omnipresent Internet and as ancient as the war between the sexes. Jonathan Franzen is a major author of our time, and Purity is his edgiest and most searching book yet.

Let me start off by saying that I really really really did not like this book. At all. The characters are awful. The format of this book was awful. It was just all around awful.

This book is more like seven books in one because there are seven sections of it. There aren’t any chapters which drives me crazy. I like chapters. They’re a great way to take a break in a book. This book just had page breaks in it. And it bounced around all the time between the past and the present. It was easy to get lost with where you were at in the story line.

Each section of the book was from a different characters perspective. And it went into their past to explain why they are the way they are. And a lot of their life choices. How this was accomplished I didn’t particularly like because the transitions were awful. I don’t like jumping between past and present without a page break or something.

Pip drove me nuts. She was manipulative and could easily be manipulated. She had an terrible attitude and I hated how she acted for her age. Andreas was just crazy and was a very disturbed person. Leila had a lot of issues herself and had a weird arrangement with her husband to live with another man. The only character that seemed to be OK was Tom but I wasn’t even that crazy about him.

I actually did not finish this book. It got to the point that I could not read it anymore. I didn’t even pick this book to read. It was chosen by the book club I am a part of.

I did not finish this book because the author decided to have Tom’s mom die. And I have a problem with how she died.

Tom’s mom died from complications of Ulcerative Colitis and Colorectal Cancer. She died of a perforated colon and sepsis because she felt that getting her colon removed and having a ostomy bag was not dignified. And I have a problem with this.

I’m mad at the author for saying that an ostomy isn’t dignified because I know people who have one or have had one and these ostomies saved their lives. I don’t understand why someone would decide to die from shitting themselves to death and going septic. It’s an awful way to die. And I really do not like Franzen for doing this.

You see, I have inflammatory bowel disease and there may come a day where I have to have an ostomy or I will die and I’m going to chose the ostomy over dying. I’ve yet to hear someone say that they’d of rather died instead of having an ostomy. So, in the end. I do not recommend this book at all.